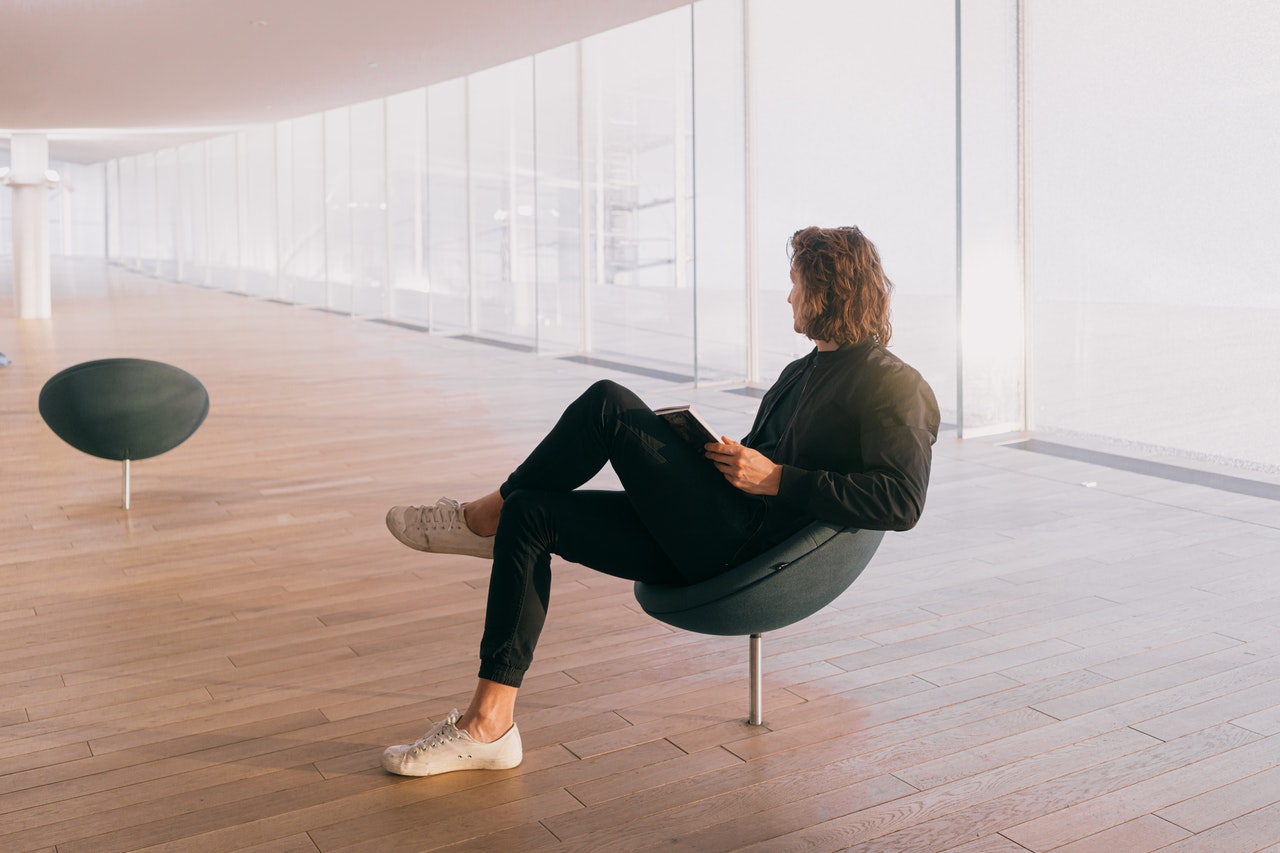 Ghosting is an action by which a person disappears from the life of another without giving explanations and eliminating any kind of contact with her/ him. Unfortunately this attitude is usual in today’s romantic relationships. Generally a woman and a man meet through social networks or different dating apps. They like each other and start exchanging messages often. They even get to know each other personally and start a relationship.

Apparently everything is going well until suddenly the man stops answering messages and calls. He blocks her on WhatsApp and other social networks. He eliminates all contact with her. The woman sees her self-esteem negatively affected and wonders: WHY DO MEN GHOST WOMEN? The answer to that question is a bit complex and here we are going to reveal it.

Men who ghost women are disrespectful. Today, online life dominates our daily lives. This leads to a lack of real contact with others and their needs. They lose track of reality and therefore a man may not be able to empathize with the suffering of a woman. The context of the current virtuality does not justify in any way the bad education of men towards women. It simply serves to understand the reasons why a man ghosts a woman. If a man is disrespectful and ill-mannered in the virtual realm, it is a fact that he is also ill-mannered in “real life”.

A man may like a woman, fall in love with her but may not feel ready for commitment. So he may go out with her a couple of times, but when he realizes that he cannot develop a stable relationship, he prefers to disappear completely. You have to keep in mind that this is due to the man’s shortcomings: he has a low income, an unsatisfactory job, no home of his own. In short, he feels bad about himself, so he transfers that discomfort to others. Surely he prefers to solve his financial and work problems before maintaining a romantic relationship.

The reality is that he feels so badly about his life that he knows he is unable to manage a stable relationship.

A man and a woman begin to like each other and start dating to get to know each other better. One day the man discovers that she wants to start a stable relationship and the truth is that he doesn’t feel ready for that. He needs more time to evaluate if they are compatible to start a life together. She thinks they should start a serious relationship right now, because there is no point in waiting any longer. He feels overwhelmed by these circumstances and prefers to disappear from her life. Maybe he doesn’t want to argue or fight with her. He reveals his intentions through his actions: disappearing to avoid a serious relationship.

He is afraid that his infidelity will be discovered

A man and a woman meet, like each other and start dating. Everything goes great until one day he disappears from her life: she never sees him again, he doesn’t answer messages and he blocks her from all social networks. In this case he has a double life: he is in a stable couple, but he also has fun meeting other women. It is likely that he is afraid that his partner will discover him and want to separate from him. He does not want his dirty secret to be discovered and therefore prefers to lie the woman he is meeting. The reality is that she is saved from continuing to date a man who lies. Unfortunately, the one who has the worst time is her partner, since she is living with a chronic cheater.

He lost enthusiasm too quickly

In some cases the man ghosts the woman because he lost his enthusiasm for her too quickly. Some men get excited when they just meet a woman they like and think is wonderful.

When they meet her a little more, they get bored and decide to disappear forever from her life. This attitude reveals a deep emptiness that he surely has in front of life. He probably does not find inspiration in any area of his life and this is also reflected in his love relationships. Since he does not find answers to his existential emptiness, he cannot face the end of a relationship either.

Emotional closeness is a bond that takes time to build. Sometimes a man and a woman like each other but the man believes that he should not continue that relationship. He takes advantage of the lack of emotional intimacy and decides to end the relationship without giving any explanation. He doesn’t take into account that his attitude is hurting the other person’s feelings. He feels no guilt about not explaining his behavior. He basically does not feel empathy for others. Virtuality favors ignoring what others think or feel.

The man who ghosts a woman is basically a coward who cannot face a situation. He’d rather get away than say what’s really going on with him. He doesn’t feel any empathy for. He’s only interested in getting rid of a situation he can’t control. The fact that he disappears completely from a woman’s life indicates that he wants to hide unpleasant aspects of himself. Actually, a woman was saved from having a relationship with a man who’s not worth it. This behavior shows that this man is un trusting and it is best to keep him away.

The answer to the question “WHY DO MEN GHOST WOMEN?” is: they are unable to face a situation. Women who suffer from this situation have no responsibility for the facts, they simply ran into a cowardly man. They were actually saved from continuing a relationship with an irresponsible man. The best thing in these cases is to move on in the hope of meeting a valuable man. We have to keep the mind positive and believe that the best is coming.