Dating as a tall woman is different to dating as a short or average height woman. To put it simply, being a tall woman can either be a blessing or a curse…

Here’s a short story from a client of mine on her experience of being a woman who is 6 ft tall, dating short men.

I went on my first date with a guy who was 5’10. He was fun to talk to on the phone, there was some bantering, and our first date was spontaneous.

He had an idea I wasn’t initially comfortable with (social distancing walk. We take a dip in the water to cool off and drink white claws), but I came around to. He was nice and he seemed understanding of my boundary to meet in public.

We ate out and the food was great. I can’t complain about that part of the date.

His jokes around my height…

However, before we met in person, we had already discussed my height.

This first one was about me wearing heels on the date.

My response: “gotta get use to it sooner than later” (with a smile)

Then when he was walking me to my car, I could tell he was trying to appear taller.

While we were walking, he tried to use the height difference in the sidewalk by standing on the curve while I stood on the part that dips down into the street.

This is why I find being a taller woman a blessing and a curse. On one hand, it’s nice to be tall, but on the other, you are always having to deal with the insecurities in short or average height men.

I wore wedges on this date.

The day before he joked “just don’t wear heels,” with a laugh.

I said “Oh I leave my stilettos at home, but nothing will stop me from wearing a tiny heel.”

Being on the date with him was not all bad. To be honest, he was really fun, but I don’t need an insecure man.

As a tall woman, I’ve dealt with situations like this too many times before. I just hate to think that every man I meet who is not that tall will end up just being a repeat of my ex.

It was my average height ex who told me…

“…And you remind me that I’m shorter every time I see you,” and that was just my presence.”

So who really is insecure here? I know men don’t like to feel dominated by a tall woman.

I know they don’t like to have a woman tower over them, but I don’t need their insecurities used against me. It just feels like they are trying to make me insecure.

So, should taller women date shorter men? In my opinion, it depends exactly how tall you are, and how you feel about it as a woman.

Short men can make great partners to a tall woman. Overall, it depends less on their height and more on their self esteem.

But this story from my client gives me reason to say that there are plenty of reasons why a very tall woman, say a 6ft tall women shouldn’t date shorter men if she feels like it could be a problem for her in the relationship.

Some taller women have told me that taller women get tired of the focus being on something they cannot control.

And they want to be seen for their overall beauty and wit. Not just for their greater height.

If your relationship with a shorter man causes that much emotional stress on something that you cannot control, then it’s fair that you wouldn’t want to date them.

I am certain however, that there will be a few shorter men out there who don’t have the same insecurities as their short counterparts. So, keep that in mind.

To give you some inspiration, here’s an article on short celebrity men who have dated taller women. 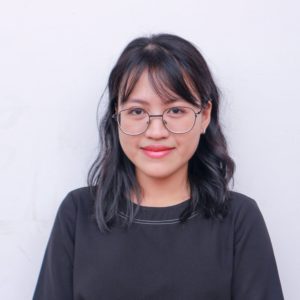 Hello. My name is Alice Wang. I’m a blogger, a coach and a designer. I hope you enjoy my blogs and remember to reach out!